YOU can make this happen.
Renew your Ozark Regional Land Trust Membership TODAY! 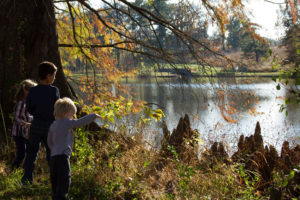 Many of you have already renewed your membership for 2017. Thank you! If you haven't had a chance to renew yet, here are 3 easy ways to do so: click the "Donate & Membership" button on the ORLT website, click here, or you may return the envelope you received in the mail.

Each year we hold our membership drive in May. Members like you are the backbone of the work we do together to preserve and protect the Ozarks. We appreciate any and all help in our continued goal of preserving some of the world's most beautiful and unique lands.

Kelly and Her Bees

You have probably heard about the decline in bee populations and how it could have devastating effects if it continues. Honey bees play a more integral role in our economy than you might think; did you know that, on average, one out of every three bites of food an American consumes is in some way a product of honey bee pollination? One of the ways to help combat this crisis is to become a beekeeper like ORLT Conservation Projects Manager, Kelly O’Mara. Today she shares her story of how she became interested in the hobby that will help combat this crisis: 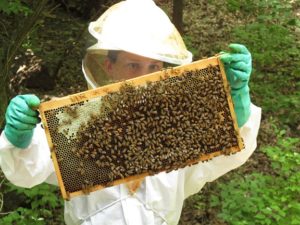 I became interested in beekeeping around 2007, along with my interest in backyard farming. On my small south St. Louis city lot I had chickens, fruit trees, and a veggie garden, and it seemed natural to keep honey bees as well. 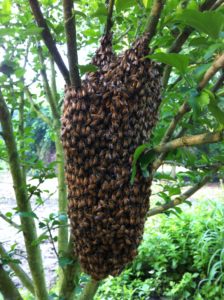 I pulled the trigger in 2010 and extracted a colony from a vacant house that was under renovation.  The bees were in the floor joist space in a 1st-floor ceiling. Not the easiest beginning for beekeeping, but I was hooked. Since then I have had my name on swarm removal lists, and will still occasionally extract a colony of bees from a structure.

Keeping honey bees is not a guaranteed success. I have lost several colonies since my first, but I keep trying. This year both colonies overwintered nicely, and we've captured two swarms. I ordered three more colonies this year and I'm always looking for great locations to keep my bees; east-facing, sunny, and dry.

Ozark Regional Land Trust celebrated 34 years of land conservation efforts at our annual members meeting this past month! Here are some photo’s from the event at Kress Farm Garden Preserve, an ORLT-protected property near Hillsboro, MO on Saturday, May 20, 2017. View the full photo album here. 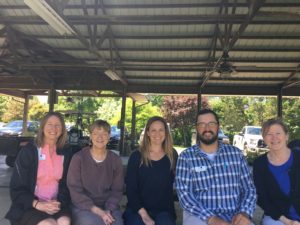 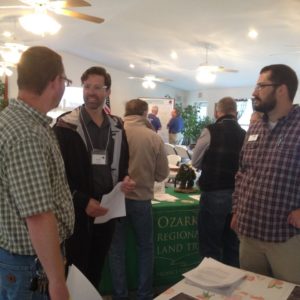 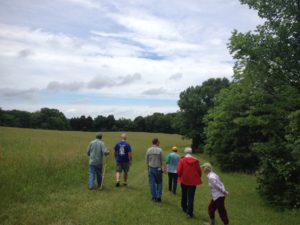 Happily, the morning rain turned into a lovely afternoon. A great time for a hike around beautiful Kress Farm Garden Preserve! 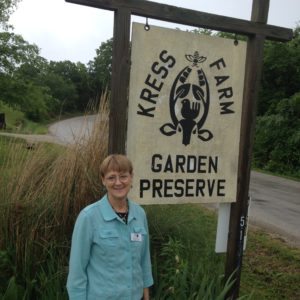 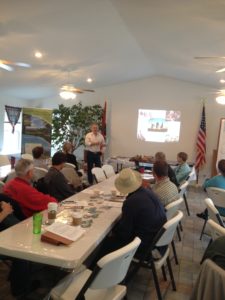 Eric Smith, President of the Three-Rivers Chapter of the Missouri Archaeological Society discusses early Native American culture and preservation of their archeological sites.