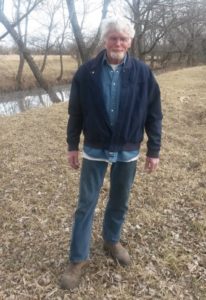 ORLT is off to a good start in 2018! In mid-January we completed a conservation easement project with landowner James “Pop” Menefee that will permanently conserve 181 acres of pasture, forest corridors, wooded streams, and the site of a historically significant Civil War skirmish.  Pop’s property is located in the Village of Carytown, in Jasper County, Missouri. Carytown is a rural community, where agriculture has been and continues to be significant to its culture and economy. 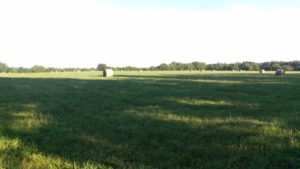 Pop raises 100% grass fed and grass finished beef on his land, and sells his beef products directly through his website. The land probably looks very similar to its early settlement days with many old hedgerows and wide riparian buffers along the streams.  Those old hedgerows and stream buffers once were an important part of cultural heritage, providing a source of firewood and shelter from wind, rain, and sun.  Their cultural importance has waned with time, but their conservation importance is well documented by biologists and ecologists today. 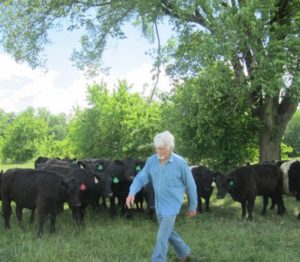 Pop with his cattle

Hedgerows and riparian buffers stabilize soil, preventing soil erosion; provide food and shelter for birds, mammals, and insects; serve as corridors for wildlife movement; and generally support a more diverse community of plants and animals than the surrounding agriculture fields. Where most hedgerows and riparian buffers on today’s farms have been removed to make room for expanding agriculture operations, these features will remain intact on Pop’s land. The pastoral farm not only supports the community, it also supports a variety of wildlife and important aquatic communities. 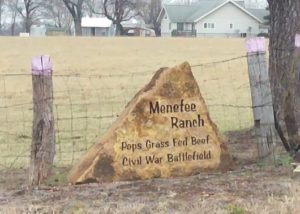 On this day, Union Colonel Franz Sigel retreated south from the Missouri State Guard under the Command of Governor Claiborne Jackson. Sigel concealed one of his batteries in an advantageous hilly spot and briefly held the ford over Bucks Branch creek. Upon the advance of a State Guard cavalry to the east, which wrapped around the rear of Sigel’s forces and secured Bucks Branch to the south, on the Menefee property, Sigel realized his strength was in jeopardy.

His men blasted their way south through Bucks Branch over the Property, retreating to Sarcoxie. “The battle had little meaning, but the pro-Southern elements in Missouri, anxious for any good news, championed their first victory.” This Battle of Carthage Map shows the progression of that battle and the movement of troops over Pop’s property (highlighted yellow). 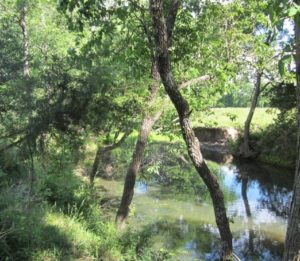 The historical importance of Pop’s land is acknowledged by the American Battlefield Protection Program’s (ABPP) Land and Water Conservation Fund Civil War Battlefield Land Acquisition grant, which allowed the Jasper County Commission to acquire the conservation easement on Pop’s property. The ABPP protects nationally significant Civil War battlefields through conservation easements in order that current and future generations understand the important role the events that took place at these sites played in our nation’s history. 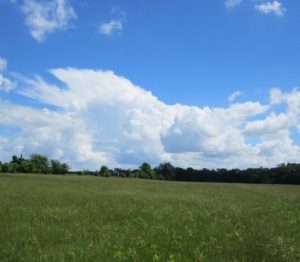 The Civil War Preservation Trust, a nonprofit organization devoted to the preservation of America’s battlefields, worked closely with Pop, ORLT, the ABPP, and Jasper County Commission to facilitate the protection of this important land.

The Menefee property remains similar in appearance to what it was during the Civil War. Being highly visible from public roadways, the public can view the Battle of Carthage site in approximately its historic condition. The conservation easement will ensure the historic, cultural, and scenic values are forever protected for the enjoyment of the public.

Upcoming Events- Save the Date: 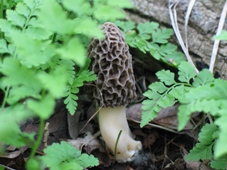 A mushroom sprouts up from at the Schulze Nature Preserve.

Join other members, staff, board members and special Guest Speaker Dave Murphy in Columbia, MO as we learn about the latest projects and news in conservation. After the meeting, experience a guided Missouri River Canoe Tour lead by a naturalist and River historian. Invitations with more information coming soon. 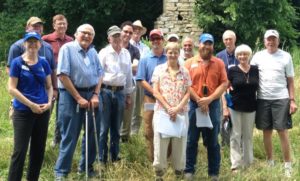